Clearcast Clearance. What it is, why it’s necessary, and how we make it simple for TV advertisers. 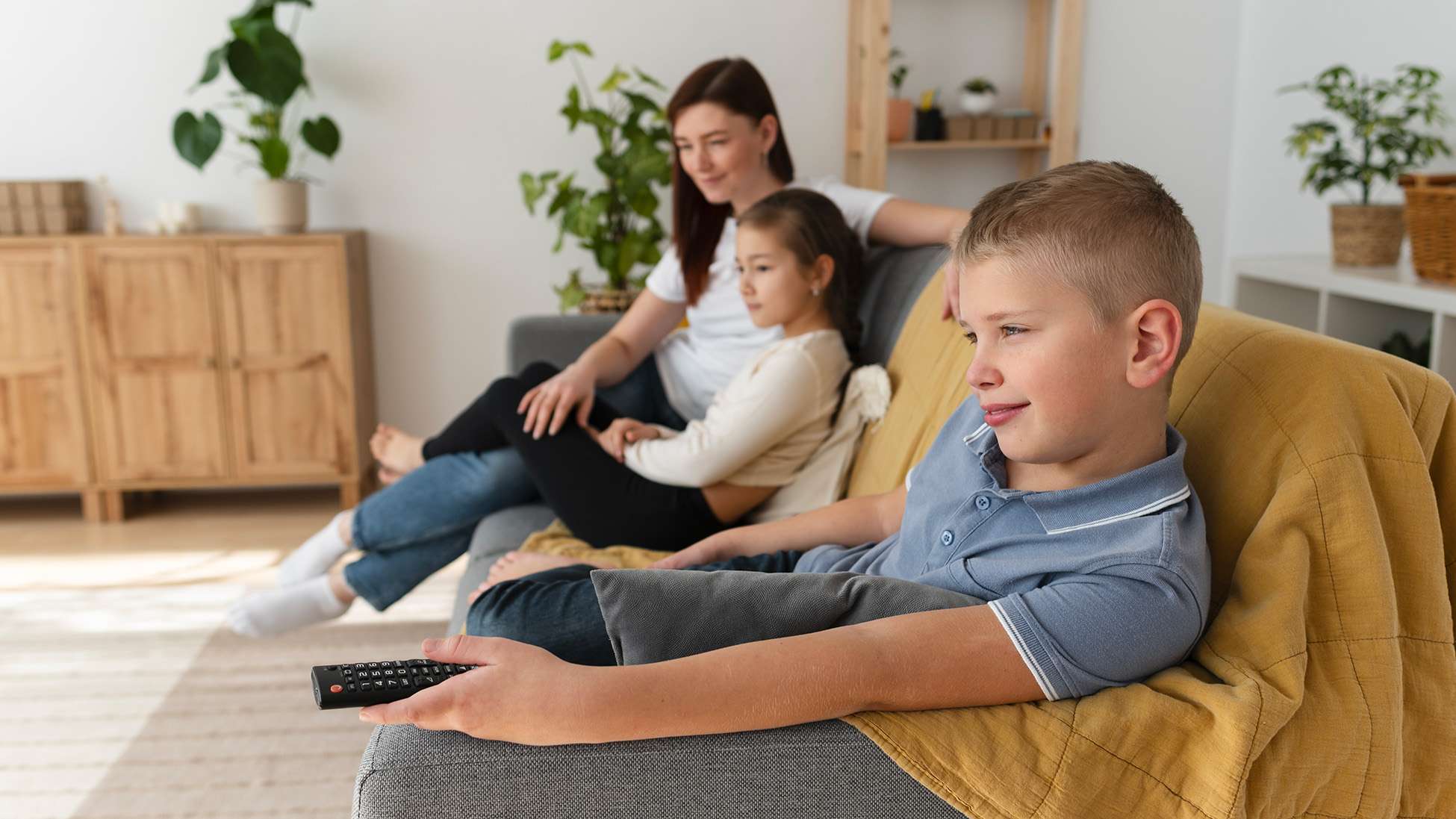 We Get Commercials through Clearcast Clearance

Clearcast is the non-governmental organisation which vets all television commercials airing in the UK. It ensures advertisers’ TV campaigns comply with guidance relating to honesty, transparency, taste, decency, and public health criteria. All television commercials must pass through the Clearcast clearance process to receive approval to air on UK television. The procedure helps TV advertising remain the most trusted advertising medium, and of continued premium value to advertisers.

Clearcast was formed in 2008 by six broadcasting organisations including ITV, Channel 4, and Sky. Television broadcasters collectively fund Clearcast’s operations to free themselves of the task of clearing each and every commercial submitted to them, and to ensure that all advertisers have to meet the same stringent requirements – maintaining television’s high quality benchmarks. When Clearcast has cleared a commercial, it can then air on any channel or VOD service operating within the UK.

Is Clearcast part of the ASA?

No. The Advertising Standards Authority regulates advertising across all media. For TV advertising specifically, the ASA enforce the Code of Broadcast Advertising (BCAP code). Viewers can file a complaint against any TV commercial they feel is misleading or offensive and the ASA have the power to remove it from air. It is not the ASA’s remit to approve commercials before they air, they can only act retrospectively. So, Clearcast help advertisers avoid potential pitfalls before their campaign airs.

How does the Clearcast clearance process work?

Script approval: From the get-go, Clearcast need to see the initial script for the commercial. Clearcast rarely require a storyboard as the visual creative treatment is highly subjective and subject to change, a description of what is likely to appear on screen will usually suffice.

Having read the script, Clearcast will almost always require some type of substantiation from the advertiser to prove the claims being made in the commercial. In most cases, this is straightforward. Example: If a commercial will be airing for a month, the advertiser will need to demonstrate they have enough stock to fulfil the anticipated level of orders during that period. Commercials that involve finance offers, lending, gambling, or efficacy claims (for instance, medical products) will require considerably more substantiation. It might even become clear at this point that an advertiser will simply not be able to air a television campaign. Otherwise – with all the legalities agreed – Clearcast will green-light the production. They’re happy to advise on compliance queries throughout production, but they have no direct involvement in the production of TV commercials.

At some point nearing the end of production, we’ll submit a ‘roughcut’ to Clearcast. The roughcut is a commercial that’s perhaps 90% finalised. A roughcut will likely have a guide voice track, or an incomplete colour grade – but will be enough for Clearcast to check that the commercial tallies with the agreed script and creative treatment. They’ll also check for text legibility and duration of hold times. Legal caveats (the small print at the bottom of commercials) must meet exact text size and duration specifications, timed using the Clearcast calculator. Graphical text (the stuff the client wants to see on the screen) is more subjective and is mostly the domain of the production company, but Clearcast will raise any concerns they might have at this point. All of these potential adjustments are anticipated, which is why the roughcut is submitted before any element of the commercial gets set in stone (e.g. recording the narration with an expensive celebrity voiceover).

It is possible (and often necessary) to submit multiple roughcuts during the Clearcast clearance process. But, for the final approval, Clearcast need to view and sign-off on the very final version of the commercial that incorporates all of their feedback and stipulations made during the roughcut process. The final master is referred to as a ‘clocked’ submission. ‘Clocking’ a TV commercial means to give the master a unique alphanumeric identifier that is shared with the media buyers, media scheduling software, media logistics partners, and the broadcasters’ automated play-out systems. The name is derived from the early days of videotape, when a physical stopwatch would be placed in front of a camera and would count down to the beginning of a programme or commercial.

When the clock has received Clearcast’s blessing, it can be delivered to all the broadcasters in the media plan.

How long does Clearcast approval take?

If the commercial is a straightforward brand awareness ad, or an update to a previously cleared campaign, Clearcast clearance might only take a few days from script submission to approval. But, on average we allow a couple of weeks for the process – though for efficiency this usually runs in tandem with our production schedule.

For new advertisers, we can preempt – with a great degree of certainty – what substantiation Clearcast is likely to need and give the advertiser advance notice to get their ‘subs’ arranged in advance and keep delays to a minimum.

Additionally, we’ve produced so many commercials that we’re able to avoid developing creative treatments that could prove difficult to take into production. In the majority of cases, the Clearcast clearance process occupies a predictable timeframe that keeps track with our commercial production schedule. Only on a handful of occasions has Clearcast dictated our production schedule; one instance was an advertiser selling a medical device whose substantiation didn’t hold water. Production was delayed while they conducted a second clinical trial with a larger sample size. 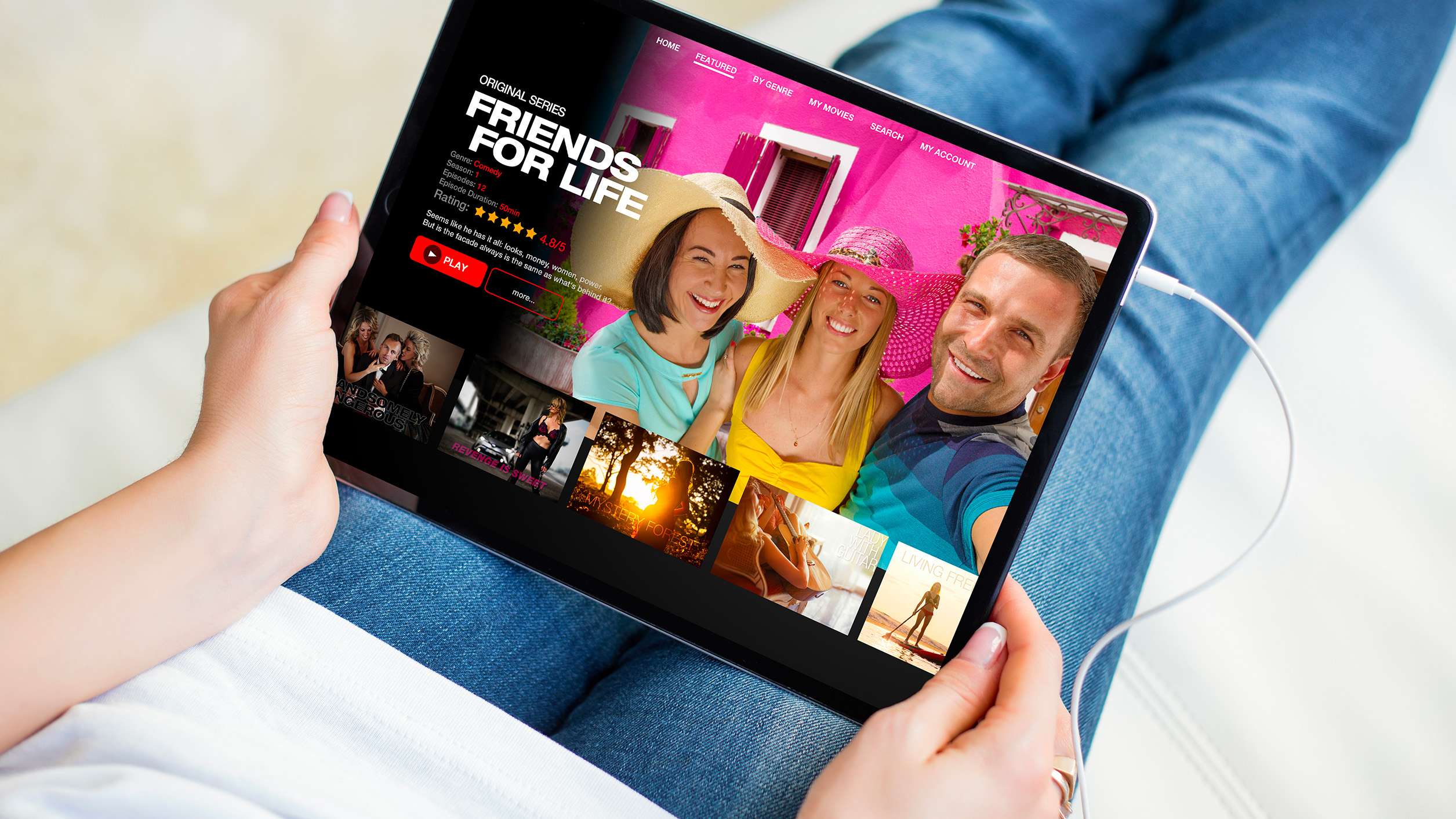 Do you need Clearcast approval for VOD?

Yes. Broadcaster Video on Demand (VOD/BVOD) campaigns are still considered to be television campaigns, so commercials appearing on VOD streaming services will require Clearcast clearance – but the process is unchanged. Also, if your commercial is cleared for broadcast TV, it’s also cleared to appear on VOD by default.

The only outlier is TV sponsorship. The sponsorship bumpers of TV shows are a part of the programme’s content and not the ad break – so broadcasters will approve sponsor messages themselves under their own guidelines.

Do you need Clearcast approval for Netflix?

It’s early days in the streaming giant’s move toward a low-fee ad-subsidised service. But, as a streaming service delivering ‘TV’ advertising to UK households it’s almost certain that commercials running on Netflix will require Clearcast clearance. That said, it’s not especially likely that an advertiser would solely advertise on Netflix alone, so a commercial cleared by Clearcast for any other linear/addressable/VOD services would (presumably) be appropriate for delivery to Netflix as part of a broader media strategy. We can clock and deliver commercials to Netflix via Peach.

Unsure how to create a clock number? Need someone to clock your commercial for Clearcast?

If you’re an agency or producer unsure how to create a clock number or navigate Clearcast clearance, we can help!

We’re in daily contact with Clearcast, having successfully cleared thousands of TV commercials for both our own clients and third-party producers and agencies since 2008. We clear so many commercials through Clearcast that we have our own dedicated Account Manager, which can help fast-track the process. We’ve submitted all kinds of commercials from simple activation ads to complex multi-commercial campaigns for financial services and medical products.

Drop the Production Team a Message

Surely, no website could be complete without the obligatory client logos? So, here are just a few of the many great brands we've worked with.