Clearing Clearcast: Why and How? 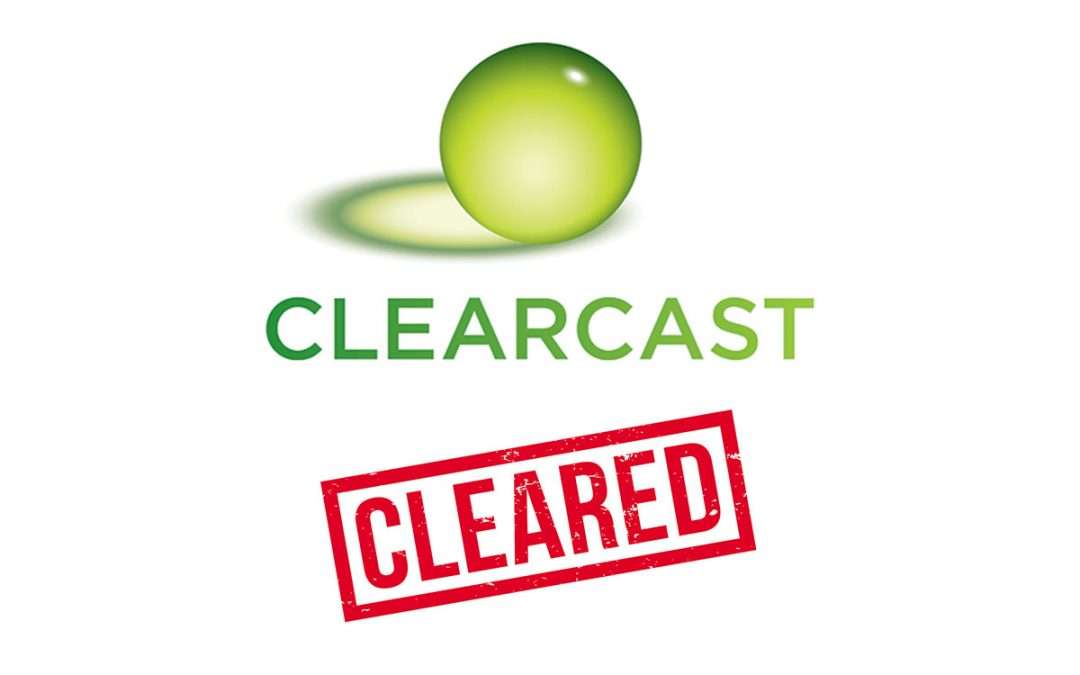 What Is Clearcast Clearance, and Why Must My TV Ad Be Cleared?

We’ve come to expect regulations for almost every element of modern life and television is no exception. Whilst not all programmes may be to our taste, everything broadcast must meet standards aimed at protecting viewers. This includes the adverts shown during commercial breaks.

Clearcast is the non-governmental organisation which pre-approves British television advertising. It is the body which ensures TV commercials meet standards for good taste, decency and a variety of technical and even public health criteria. TV adverts must comply before they are shown.

It’s obviously critical that any advert is created with these standards in mind. A single upheld complaint can result in a commercial being banned and the advertiser’s investment of time and money being lost.

Clearcast was formed in 2008 by six British broadcasting organisations (including ITV, Channel 4 and Sky). It replaced a similar body called the Broadcast Advertising Clearance Centre (BACC). Here at JMS Group, we’d already been producing TV commercials for over 20 years, so can boast more experience than most when keeping Clearcast satisfied. We’ve a close working relationship and successfully submit hundreds of adverts for clearance each year.

The system of TV advertising standards is governed by two main bodies.

The Advertising Standards Authority (ASA) is the organisation which viewers can complain to if they feel an advert is indecent, inappropriate, misleading or otherwise harmful. The ASA recently made the headlines for banning ads by Volkswagen and Philadelphia as the first to fall foul of new rules against gender stereotyping. Earlier this year, they banned Iceland supermarket’s ‘Rang-Tan’ advert produced for its overt political affiliation with Greenpeace. (It went on to receive over 30 million views online!)

The ASA regulate advertising across all media including print, online, radio and television. For TV advertising they enforce something called the UK Code of Broadcast Advertising (BCAP) Code. Anyone can make a complaint against a TV advert and a single complaint can be all that is needed to have a commercial permanently taken off air.

The second body is Clearcast.

Prior to broadcast, all TV commercials must be cleared by Clearcast. Using the BCAP code as their regulations as well, Clearcast view TV adverts and ensure that the contents are legal, decent, honest and truthful. If a commercial makes any claims about price, performance, features or benefits, they will ask the advertisers to substantiate them.

It’s worth noting that the BCAP code frequently changes as it reacts to public opinion and rulings by Clearcast. Though much within the code is prescriptive, much is also principle-based and thus open to careful interpretation.

Though achieving Clearcast clearance can seem onerous, it helps protect broadcasters and benefits advertisers as it ensures their advert safely navigates the rules before it is broadcast. However, it’s no guarantee, as Volkswagen, Philadelphia and Iceland discovered to their cost. Complaints can still be made but ads can continue to be screened whilst being investigated by the ASA if they have received Clearcast approval.

The negative implications of failing Clearcast clearance or being subject to a successful complaint speak for themselves. It pays to ensure whoever creates a business or organisation’s TV commercial is entirely familiar and confident with Clearcast and the BCAP code.

So, how do you, the advertiser, ensure the great idea you or your production agency have meets Clearcast’s standards? How do you ensure you don’t inadvertently create a commercial which fails to meet the complex BCAP code?

At JMS Group, we’re fortunate to be on first name terms with Clearcast, having successfully cleared thousands of TV advertisements since 2008. We deal with Clearcast daily, submitting every possible type of commercial from simple sale adverts to complex finance promotions; ads for everything from children’s toys to medical treatments. There isn’t a genre of ad or BCAP regulation we haven’t successfully navigated.

Falling foul of advertising standards is costly, both in terms of money and reputation. Clearing Clearcast is an activity many businesses advertising on TV are unaware of. Meeting the requirements of the BCAP code is not for the inexperienced.