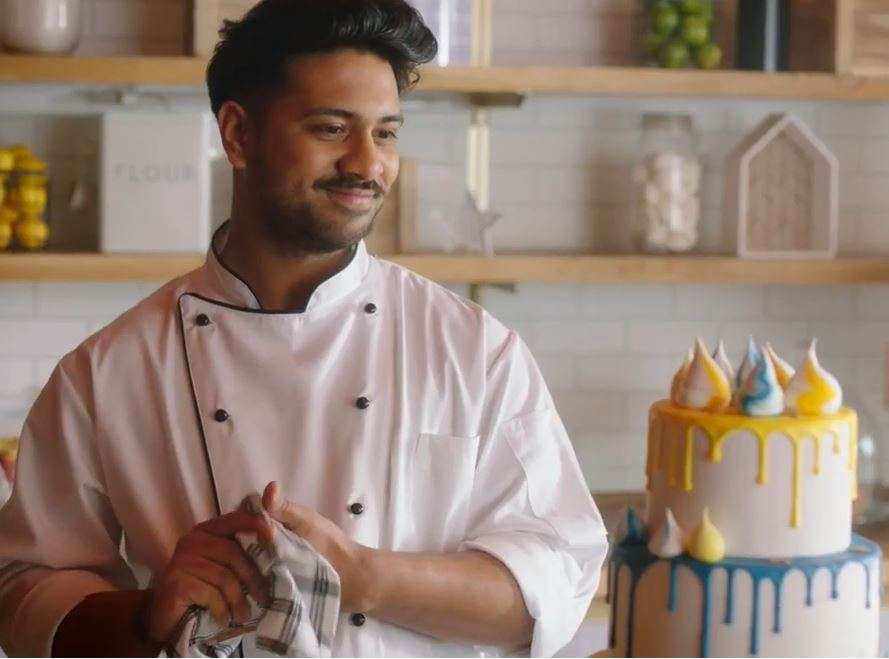 As impossible as it seems that’s exactly the message Norwich-based accountancy firm TaxAssist is spreading with its first national TV campaign.

Showing on several channels including Channel 4, Dave and Comedy Central, this commercial features three small business owners hard at work without a care in the world. Well, why would they when TaxAssist have their taxes under control? There’s Sophie the painter/decorator, Carl the baker, and Dave – the owner of a small tech business.

Our aim was to give the commercial a fun, fresh feel with plenty of smiles. This is mirrored in the bouncy, upbeat music and the choice of voice artiste: Norfolk’s own award-winning voiceover, Neil Didsbury, the friendliest man in the business.

For maximum on-screen impact, we also commissioned a large and rather unique cake from Dereham-based cake decorator’s ‘Little A’s Cakes’. Three tiers high with a striking blue and yellow drip effect, our TaxAssist cake was topped off with marbled meringues. Mouth-watering… until you remember the centre is polystyrene.

Norwich residents can look out for a special appearance by one of the city’s top bakeries. We used Pye Bakery on Dereham Road as the setting for Carl’s Cakes.   And our final shot of the commercial is Sophie entering the TaxAssist Accountants shop on Aylsham Road, there for all her accountancy needs.  Who needs Elstree when you’ve got the fine city?

And the final word should of course go to our brilliant client:

“We’re thrilled to take the TaxAssist brand in to the exciting world of TV advertising and appointing the team at the JMS Group was the right decision.  The fact we’re showcasing a national network of nearly 300 TaxAssist Accountant locations across the UK and it was all filmed in Norwich just shows the skills and expertise held in this city.  We were pitched to by agencies outside of Norfolk, as well as within the county, but JMS showed they have the quality to deliver what we needed.”