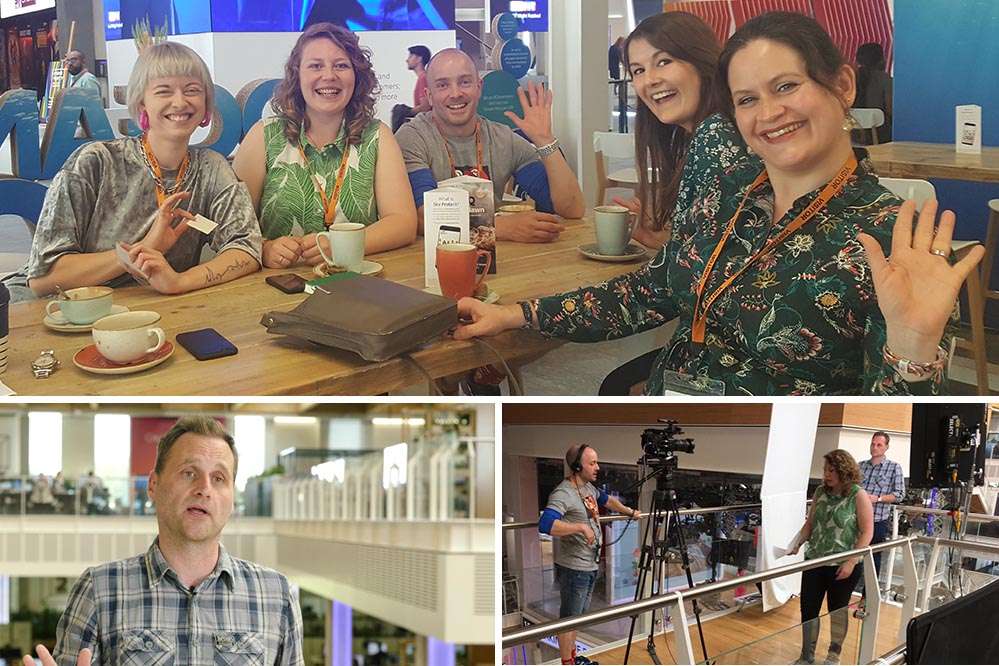 The JMS Group team had a fantastic day touring Sky’s London headquarters, the team also had some work to do – producing a testimonal video about AdSmart effectiveness.

We had a fascinating time exploring some of Sky’s most famous studio spaces, including the Sky Sports set and the high-tech news studio where we watched Kay Burley broadcast live to the nation.

However, as well as exploring the building, experimenting with some new technologies, lifting a genuine BAFTA and having a delicious lunch, we were also there to film. We had the pleasure of sharing the day with David Metcalf and James Diamond from our clients Gasway and filming a very positive testimonial about their work with JMS.

David, Gasway’s Sales and Marketing Manager, was a natural in front of the camera and had these great things to say about their experience:

“I couldn’t recommend working with JMS and AdSmart highly enough. I have nothing but positives to say about both companies. JMS in particular have been absolutely wonderful for us. What we’ve found in them is not just a partner that’s produced an advert for us through Sky, but someone who we rely on now to do other work when it comes through. That work is varied and now I’ve got professional contacts I know I can rely on.”

David went on to discuss just how affordable and effective their TV advertising has been:

“If you are a business like Gasway who initially believed that TV advertising is beyond your reach then I’d encourage you to speak to AdSmart and get that myth dispelled straight away. It is affordable, it is targeted and it is probably the single most effective use of our marketing budget that we’ve had since the company began.”

Established in 1982, Gasway are the largest heating company in East Anglia. They approached us here at JMS Group to produce an effective advert with which to target home owners in the East. We created an animated advert which quickly showed the misery of a broken boiler and ease with which Gasway restore warmth and hot water. The advert was broadcast via AdSmart to their chosen target audience and resulted in record sales in the first month. They’ve subsequently increased their investment in TV advertising ten-fold for the present financial year.

AdSmart from Sky Media allows businesses of all sizes to benefit from cost-effective TV advertising, targeting individual households by thousands of combinations of location, age, preferences and life style. We’re proud to be a highly recommended partner of AdSmart team.