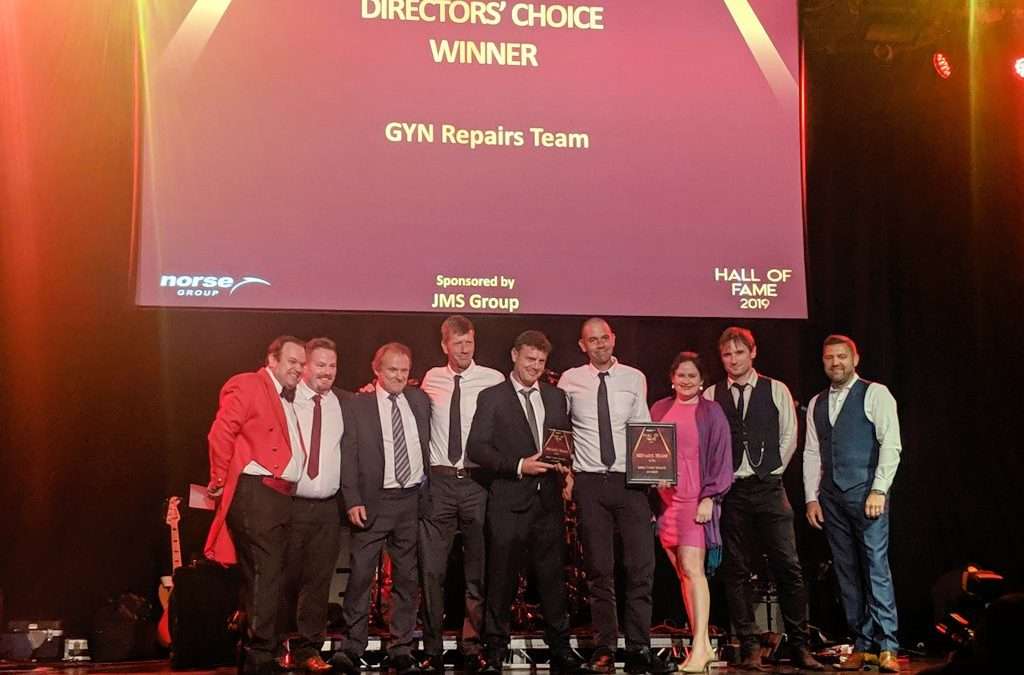 We were delighted to sponsor and create a special video for an award at the recent Norse Group ceremony to celebrate achievements amongst their nationwide staff.

Each year Norse Group, the largest local authority trading company in the UK, brings together the employees who deliver their commercial services at a prestigious awards evening to honour outstanding work and success.

This year’s ‘Hall of Fame’ event was held in Norwich on 12th July and hosted by former EastEnders actor Shaun Williamson. Eight awards were given in recognition of the positive difference exceptional staff had made to the company in the past year.

We were honoured to be chosen by Norse to create a video for the very special Directors’ Choice Award. This surprise award was specifically created to reward an outstanding and out-of-the-ordinary act.

The highly deserving winners were Norse’s Great Yarmouth Repairs Team for the bravery and teamwork they demonstrated saving the life of a college. During a training exercise on a cantilever tower an employee collapsed, suffering from a severe seizure. While fellow colleagues called for an ambulance, others administered CPR until paramedics arrived. By intervening promptly, they saved their colleague’s life and he has since made a full recovery and returned to work.

Our video caught the emotion of the incident through part re-enactment and interviews from those involved on the day. In addition, we chose to sponsor the award and were honoured to be invited as VIP guest to present the award on the night to the surprised winners.